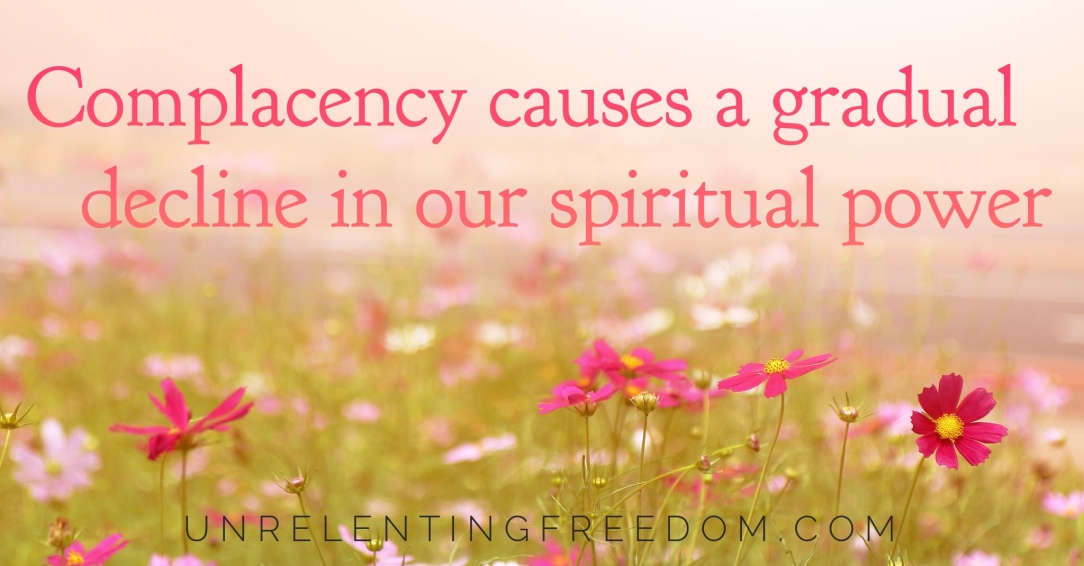 Where Does Your Strength Come From?

It is God who arms me with strength and keeps my way secure.
Psalm 18:32

I hit the snooze button for the third time.

I’ve gotta get up this time, I thought. Hadn’t the last 18 minutes of extra sleep done the trick?

I was in a funk. A funk of fatigue. Despite my seemingly unchanged bedtime routine, I couldn’t get myself out of bed as early as I used to. Waking before the sun came up allowed me precious, quiet alone time with Jesus. It was my fuel for the day.

But somewhere along the line, sleep became more important. Getting up early became harder and happened with less frequency. No matter how early I went to bed or how many hours I got, it didn’t seem like enough.

Areas of my life became influenced by the fatigue funk. I was less patient with my children. I was less loving with my husband. I was less motivated to read my Bible. I was less confident in the power of my prayers.

My lack of time with Jesus was affecting His presence in my life.

I had become like Samson, taking for granted the power of God in my life. I failed to realize His strength leaving me as I gradually neglected my time with Him.

In Judges 16, we learn of Samson and his connection to the Lord. His immense strength came from his long hair, which had never been cut. Despite the Lord’s blessing on Samson’s life, he made choices contrary to the will of God. He began a relationship with a Philistine woman named Delilah. Samson was an Israelite and the two groups were frequently at war with each other. The Philistines knew of Samson’s great strength and recruited Delilah to inquire about it’s source. Her persistence paid off as she learned of his secret, helping the Philistines cut Samson’s hair while he was sleeping.

After putting him to sleep on her lap, she called for someone to shave off the seven braids of his hair, and so began to subdue him. And his strength left him. (Judges 16:19)

As Samson’s hair was removed, so was his strength. Yet he did not realize it at first.

Then Delilah called, “Samson, the Philistines are upon you!” He awoke from his sleep and thought, “I’ll go out as before and shake myself free.” But he did not know that the Lord had left him. (v. 20)

Samson’s choice to reveal the origin of his strength to Delilah proved to be reckless and costly. He allowed sin to creep in. He took for granted that he would always be strong, neglecting to honor the Lord with his gift of might.

We, too, are a risk of taking our relationship with God for granted. Complacency causes a gradual decline in our spiritual power. We begin depending on our own abilities, believing we are in control. We put false security into things of this world, such as sleep, and trust it is better than what God offers.

I was trying to remedy a spiritual need with an earthly treatment. My source of strength is not in the amount of sleep I get. It isn’t in the hour at which I awake. It is my time with Jesus. I’m reminded in Psalm 18:32, that it is God who arms me with strength and keeps my way secure. The more time I spend with Him, the stronger my faith becomes. And for me, making it a priority in the wee morning hours is what works. He nourishes my soul and provides all I need – patience, love, creativity, and confidence.

If you’re experiencing a spiritual decline, be encouraged today in the hope of Jesus’ promise to draw near to us when we draw near to Him. (James 4:8) Ask Him to show you where the decline began and how to remedy it.

Lord, please forgive me for making sleep a greater priority than time with you. Remind me of the powerful affects your presence has on my prayers, relationships, and life. Amen